Up to 5x faster peptide synthesis 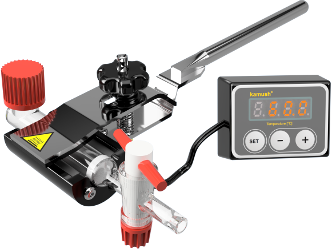 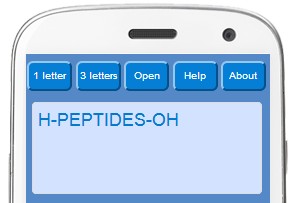 According to the report of World Health Organization (WHO) infectious diseases are the common etiological factor of fatalities in the world. The main reason of that situation is the increasing number of resistant and multi-resistant strains of microorganisms as a result of widespread abuse of antibiotics. In this connection, development of new substances with antimicrobial activity is crucial for modern medicine. Nowadays, high hopes are focused on a new group of compounds of natural origin which are called antimicrobial peptides (AMPs). They are isolated from almost all organisms and constitute part of the innate immune response. Till now, there are more than two thousand compounds described and chemically characterised in this group. Despite such a large number of potential drug candidates, the pathway from discovery to implementation is usually very long.

Methods of obtaining
Primary method of acquiring active structures is isolation of peptides from natural sources. First studies on obtaining promising antibiotics were carried out on insect larvae. At the beginning of 1980’s, Hans Bowman and colleagues obtained peptides called cecropins from the Cecropia Moth larvae (Hyalophora cecropia) - native to North America’s moth. So far, the way that they had conducted is one of the most important in insects peptides research. In this method larvae are punctured by infected needles. This results in immediate response of an organism and secretion of a peptide-containing cocktail containing 15 - 20 broad-spectrum compounds into the hemolymph. After 3 - 4 hours, the insect is fully protected against bacterial colonization. Overexpression of the peptides occurs even faster than the fastest appearing immunoglobulins. Afterwards the hemolymph is suctioned as a material for peptide isolation. Similar discovery appeared in the mid 1980’s, when Michael Zasloff found out why his laboratory frogs did not get infected despite the numerous skin damages. The reason was the frogs’ skin secretion containing antimicrobial peptides. The most effective was a peptide called magainin-2. Amphibian peptides are obtained at laboratory scale by the action of direct current on their skin or by injection of norepinephrine. Then the skin is wiped with a moist cotton swab. According to the simplicity, peptides isolated from the amphibians are the most common endogenous peptide antibiotics. Among them, the best known are: temporin A, eskulentin and bombinin. Subsequent discoveries have shown that peptides are also an element of innate immunity of other organisms. For example, a bovine lactoferrin derivative, lactoferricin, represents a broad spectrum of antimicrobial as well as antiviral activity. Another peptide, bactenecin, secreted by bovines neutrophils, is active against both Gram-positive and Gram-negative bacteria. However, peptide – protegrin 1, isolated from porcine leukocytes represents selective activity only against Gram-positive bacteria. Also human organism is full of antimicrobial peptides. For instance, histatins isolated from saliva are the group of compounds with antibacterial and antifungal activity. Another large group of mammalian peptides are defensins. They are divided into two classes: α-defensins, isolated from neutrophils, macrophages and Paneth cells, and β-defensins produced by neutrophils and mucosal cells of the respiratory system. In addition to the antimicrobial activity of natural peptide antibiotics they also have the ability to modulate the immune response.

Another commonly used technique for the acquisition of peptides is their chemical synthesis. Despite the large expenses, this way is characterised by a higher efficiency and provides more humane approach to obtaining compounds than isolation from living organisms. Moreover, chemical synthesis provides an opportunity to obtain analogues of natural peptides with shorter amino-acid chains with modifications that can improve their antimicrobial activity.


Mode of action
The most common mode of action is their ability to permeabilise microorganisms’ cell membranes. Antimicrobial peptides are mostly the positively charged particles that interact with the negatively charged fragments of biological membranes. This leads to formation of pores within the membrane, allowing to an uncontrolled movement of ions and organic compounds, ATP leakage and the inflow of water into the cell. Furthermore, it leads to cell lysis. The activity of the AMPs is limited to prokaryotic cells due to the difference in the magnitude of the membrane potential which is more negative than in that of eukaryotic cells. Moreover, the distribution of anionic lipids in bacteria is directed outwards, and the presence of cholesterol in the eukaryotic cells is also important. Another feature of certain antimicrobial peptides is the ability to bind to lipopolysaccharide, which is a cell component of Gram-negative bacteria. This prevents from the septic shock, which may occur as the result of bacterial cells destruction. Another mode of action of antimicrobial peptides is their ability to block cellular functions by binding to DNA and RNA. There are also few compounds acting on an ATP release from cells or inhibiting the expression of proteins by interactions with ribosome subunit.

Advantages
Antimicrobial peptides are characterised by a broad spectrum of antimicrobial activity including Gram-positive and Gram-negative bacteria, viruses and fungi. In addition, they exhibit also many other properties. At higher concentrations they are able to kill tumour cells, but at lower they exhibit immunomodulatory activity associated with the infection. Moreover, AMPs have the ability to bind to lipopolysaccharide which is responsible for cascade of proinflammatory cytokines induction. Furthermore, they are able to act on gene expression and enhance the response of immune cells. They can be used as antibiotics, individually or in combination with conventional antibiotics to induce a synergistic effect. Also, they can be used as immunomodulators or compounds neutralising microbial toxins. Previous studies have confirmed their high efficacy against resistant strains of microorganisms. Moreover, due to their mode of action, the possibility of the development of resistance is minimal. An unprecedented advantage of the AMPs is their low toxicity. They represent natural components of eukaryotic organisms and are characterised by a high selectivity to the microbial cells.

Restrictions
Potential use of AMPs in the therapy carries a number of limitations. The biggest problem is the cost of their production, which is both in the laboratory and in industrial plants very high. However, there have been designed peptides which have only one amino acid sequence that is responsible for their antimicrobial activity. Moreover, there have also been developed other optimal methods of the synthesis and purification which can reduce the consumption of reagents, and thus reducing costs. Another limitation is the sensitivity of AMPs to proteolytic enzymes of the gastrointestinal tract. This problem can be solved by the use of antimicrobial peptides with peptidases inhibitors. Another alternative is to introduce the amino acid sequence of the D-configuration which allows to avoid the problem of enzymatic degradation without adversely affecting antimicrobial activity. Due to their relatively low bioavailability associated with the high molecular weight, peptide-based compounds are also coupled with fatty acids. This increases the affinity to pathogen cell surface as well as the penetration capability.

Summary
Despite the usage limitations and the lack of information about AMPs they are still a promising group of antimicrobial compounds. An increasing number of research teams involved in the study of AMPs as well as the number of publications confirm that hypothesis. Endogenous antimicrobial peptides provide the rich database that allows to look for new, more effective antibiotics. The need to develop new antimicrobials is mainly motivated by an increasing number of resistant and multi-resistant strains of microorganisms. An unquestionable advantage of AMPs is their natural origin, very high antimicrobial activity and relatively low consumption in the therapy.
HOT

A little revolution in peptide synthesis. The only such equipment on the market. 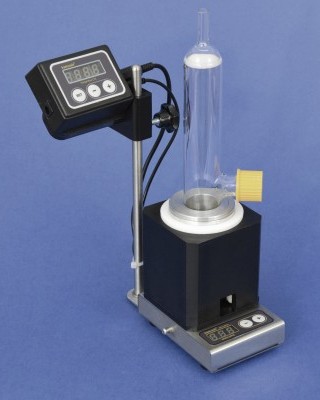 A wide range of vessels with filter in the lowest prices on the market! 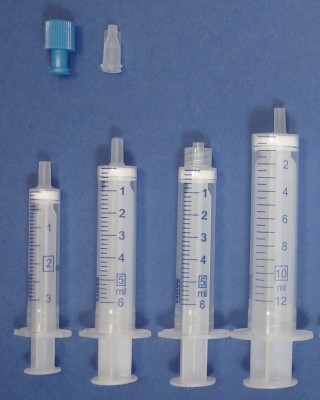 Publish modules to the "offcanvas" position.